Isolated off the south east coast of Australia with just the expansive Pacific Ocean to the east and only Antarctica to the south, New Zealand is often thought of as being at the tip of the earth. Given that it only has a population of around 4.5 million as well, it’s no surprise the country harbours some strange and fascinating features. It draws in thousands of tourists each year for the spectacular scenery and relaxed ambience, but there are also plenty of quirky elements to behold. A company such as Flight Centre have great offers for you to discover some of the following for yourself.

Baldwin Street in Dunedin has been officially recognised by the Guinness Book of Records as the steepest road in the world. It rises one meter for every 2.86m it rolls out and yet still people insist on living on it! For this reason steps run alongside the road to help residents climb it and it also features some of the strangest, lopsided homes you can imagine. Near Wanaka there’s also Puzzling World for lovers of even more jaunty buildings.

Big Dog and Sheep in Tirau are exactly what they sound like too, two huge buildings designed in the shape of both animals. Big Sheep hosts a wool and craft shop while Big Dog is a visitor information centre. 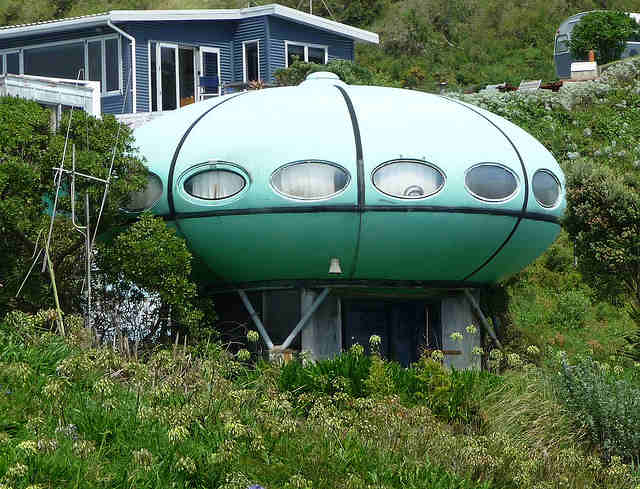 Devil’s Bath in Rotorua looks like it has been filled with toxic waste but is actually a green sulphur lake. Surrounded by geysers and mud bogs it really stands out, though swimming in it is highly inadvisable.

There are only two glacial formations in the world that coexist with tropical plant life, and they can both be found in New Zealand. One moment you can be strolling in shorts and the next putting on thermals. The Franz Josef Glacier is the more volatile one, with flow rates ten times above average meaning it can now only be accessed by helicopter tours. 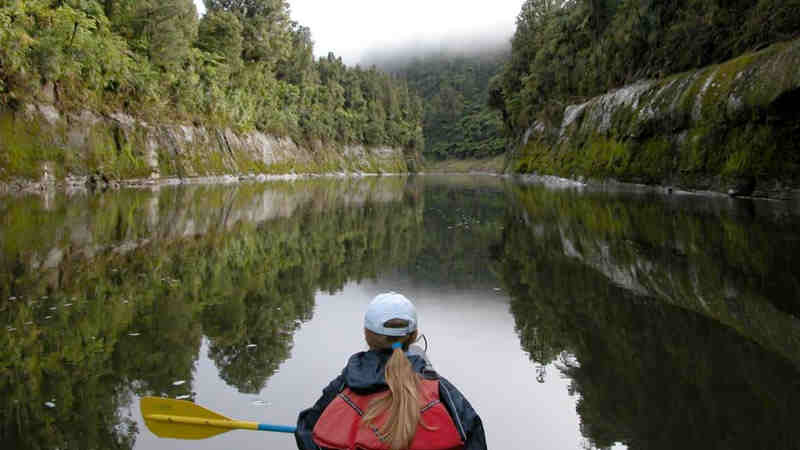 North of Auckland lies the Yellow Treehouse restaurant, which is a small eatery located half way up a tree in a local forest. It’s a beautiful creation with a long wooden walkway leading to the restaurant, and can be booked for private events and celebrations, so best ring in advance.

For traditional Maori food why not sample the huhu grubs at the annual Hokitika Wildfoods festival every March. Or the less adventurous should seek out somewhere (or someone) using the Hangi cooking method, which is a slow but worthwhile process using heated rocks buried in a pit to roast the meal.