Las Vegas is more than just big buffets and bigger casinos, but it is a resort town famed for its lively energy in Nevada’s Mojave Desert. It is one city that offers endless entertainment options for people from around the world. Las Vegas even has a heavy equipment playground where anyone can drive bulldozers for fun! It is also the place where many have seen their lives changed on slots, with the largest sum of $39 million.

Despite being unofficial, Vegas Vic is yet the most widely used name for the sign outside of The Pioneer Club. Erected in 1951, the Nevada neon sign that bears a resemblance to a cowboy was once the mascot of the well-known Pioneer Club. Even though it no longer operates as such, Vegas Vic still exists. This cowboy was not only a neon sign but it had human-like abilities of talking with a recording of “Howdy Podner!” every 15 minutes and waving arm. Vegas Vic was at the outset of what would grow into three neon cowboys at Nevada casinos. 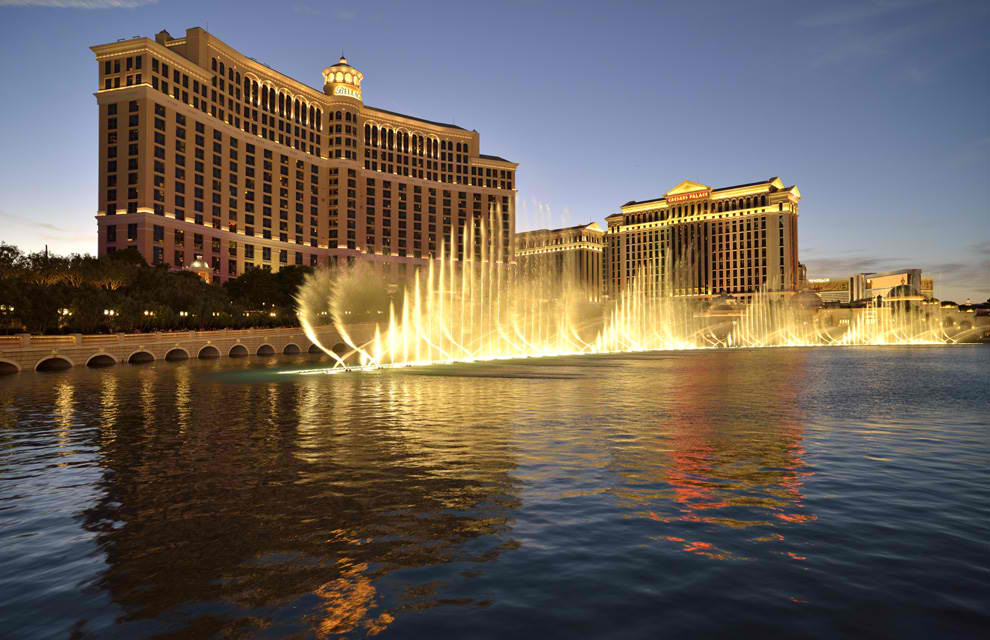 Another iconic landmark in Las Vegas is the Bellagio Fountains, found outside the Bellagio resort owned by the MGM Resorts International. One notable feature is that there is an 8-acre lake between the building and the Strip. This houses the Fountains of Bellagio that has incorporated a network of pipes with more than 1,200 nozzles. It is throughout the jets that it is possible to set coordinated fountain displays with more than 4,500 lights. Also referred to as a musical fountain, the Bellagio Fountains is a gigantic water display that has been adorned with light and music. The spectacle may be witnessed every 30 minutes in the afternoons and early evenings. A breath-taking view that can be seen from numerous vantage points on the Strip.

Dating back to 1959, the ‘Welcome to Fabulous Las Vegas’ sign erected soon after the Western Neon. With the concept of designing a sign that was unique in shape, style and content, Betty Willis created the sign that’s situated in the median at 5100 Las Vegas Boulevard South. The legendary sign is also where many tourists want to get their photo, therefore a parking lot was installed by the sign making it safer. A replica of this iconic sign can be found online at Magical Vegas, the mobile casino. The ‘Welcome to Fabulous Magical Vegas’ sign may perhaps be considered as the online landmark of Las Vegas. This mobile slot casino themed around Las Vegas and its casino games is open round the clock to offer an exceptional gaming experience. Every aspect of the online casino will remind you of the tastefulness with which the site was designed, without doing too much nor less. The site has its own persona, which has brought Las Vegas online! 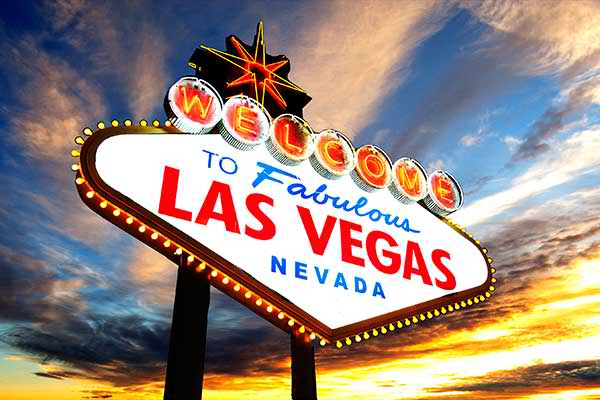 The next iconic landmark of the city that never sleeps will take you downtown to Fremont Street. This side of Las Vegas is described as the land of ultimate debauchery. It is also the one place where vintage hotels, restaurants and bars are lined up. Most of the buildings there are covered by a giant digital screen, making it the ultimate block party. Fremont Street is also home to the largest projection screen, the Viva Vision canopy found 90 feet above the ground! Live entertainments are scheduled each night for each of the three concert stages where a multitude of talents may be found.

The world-famous Las Vegas Strip mainly concentrates on resort hotels and casinos along the route. The Strip hold fifteen of the world’s 25 largest hotels by room count, with over 62,000 rooms. It would actually take at least 288 years for one person to spend one night in every hotel room in Las Vegas! It is the use of dramatic architecture that has led Las Vegas’ cityscape to popularity, while it also features as the brightest place on Earth when looked at from outer space!