Home  »  City Breaks   »   Westminster Abbey and its many secrets

London is a treasure trove of ancient and medieval landmarks and historic buildings. It probably has more historic sites than any other city in the world. This has helped it to firmly establish itself as a tourist hub in Europe. Every year more than 17 million visitors come to London to admire and explore its incredible array of attractions.

If you want the best of comfort and luxury without having to spend a fortune, it is recommended to stay at any of the hotels in Paddington. A major benefit is that it offers easy access to the major tourist attractions within the city centre.

One such iconic attraction in London is its famous Westminster Abbey, which is out of the most popular as well as visited attractions in London. It is just a 20 minute or so ride from the Park Grand Paddington Court London Hotel and a must see on a trip to the city.

Built in the Gothic-style or architecture Westminster Abbey was constructed on orders from Edward the Confessor in the 11th century. Since then it has played a key role in the history and politics in England’s glorious history over the centuries. From the time of its consecration in 1065, the abbey has been the venue of coronation of every monarch, as well as been witness to 16 royal weddings and the burial of 17 sovereigns. It is a fully functional religious site with chapels, tombs, monuments and statues and garners more than a million visitors every year. All of them are fascinated by the venerable abbey that retains such a strong list to the past. Last year on December 28, 2015 Westminster Abbey commemorated its 950 anniversary. When a building is as old and hallowed as Westminster Abbey, it always has a few hidden secrets through the centuries. Some of these include….

More than 3,000 famous individuals commemorated or buried here: To be buried within the abbey is considered to a special honour, although it is exclusively reserved for royalty. Apart from the tombs of Edward, Henry V and all of the Tudor monarchs (except Henry VIII), the abbey also serves as the place of interment for prominent members of English society. Some of the luminaries that lie in rest here include Rudyard Kipling, John Keats, Charles Dickens, the Bronte sisters, Geoffrey Chaucer and Dylan Thomas among other greats. Winston Churchill took exception to have Westminster Abbey as his burial site and famously quoted “no-one walked over me in life, and they’re not going to after death.”

The abbey has some interesting stories: While most of the monarch’s tombs are ornately decorated in stark contrast the tomb of King Edward I is very plain in appearance. Although, it was not the way he would have planned for it to be. Edward I was a might ruler, who also was known as the Hammer of the Scots and Edward Longshanks. He was fixated on the idea of defeating Scotland, as a result of which he left specific orders for the tomb to be devoid of any decorations, until Scotland was not defeated. Because that never came to pass, his coffin remains undistinguished and lack-lustre! On the contrary where a monarch’s tomb lacks attractiveness other more ordinary people were commemorated in style. Such is the case with Philip Clark, the Abbey’s former plumber who died in 1707 and is interred in the abbey along with the kings and queens. 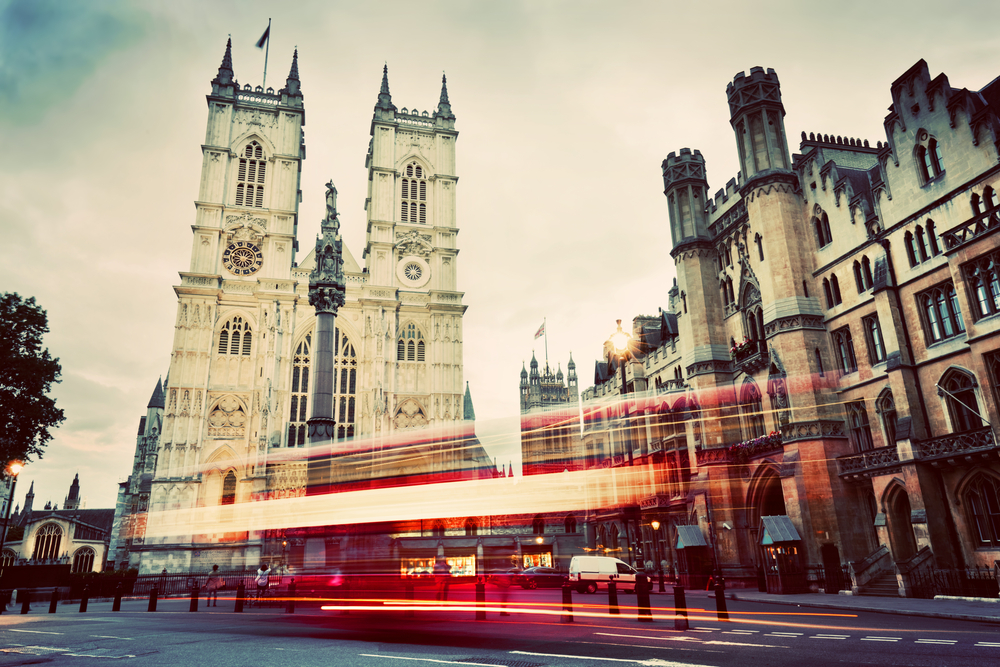 There is graffiti on the Coronation Chair: The Coronation Chair on which all future monarch’s are crowned, which was originally King Edward the Confessor chair, is one of the most important and symbolic items of furniture at the Abbey. From 1308, every English monarch has been crowned ruler of England on it. It is now kept in a secure chamber in St. George’s Chapel close to the Great West Doors. However, this was not always the case as it was not as well guarded in the past. In the 1700s and 1800s, visitors and schoolboys who came to see the chair carved graffiti in the form of initials or their names on the wooden surface. Thankfully most of the chair’s surface has been cleared on the carvings despite which there are a few remnants left. The most prominent of these is to be found on the back of the chair, which reads as “P. Abbott slept in this chair 5, 6 July 1800.”

It originally stood on an island: Over the centuries the Thames River has developed embankments, which was not the case a thousand years ago. At that time the earliest structures of the Church along with the area which now has the Houses of Parliament, was separated from the city. The spot was referred to as Thorney Island. The Church then was called West Minster because of its geographic location to the west of Lundenwic (the Anglo-Saxon name of the city in that period).  The church was then rebuilt by Edward the Confessor in the Romanesque style. Now at present Westminster is situated upon a spot that was once the highest point of the island, and Parliament now is situated on what would have been the plateau of the island.

The abbey has a secret garden: One of the best kept secrets of Westminster Abbey is its secret garden known as the College Garden. It lies concealed behind trees and forbidding walls where visitors feel that they have been transported into a tranquil serene oasis. It is purported to be the oldest garden in the country and has been cultivated continually for more than nine centuries. It was used by monks as a garden to grown medicinal plants, fruits and vegetables. The stone wall that lies at the far end was built in 1376.