If you are thinking about heading out and about this year, maybe you are considering a city break, you need to consider heading to the north of England and taking in everything Manchester has to offer.

If you still have your doubts, then take a look at these 10 awesome things to do in one of the most culturally vibrant places in the UK. 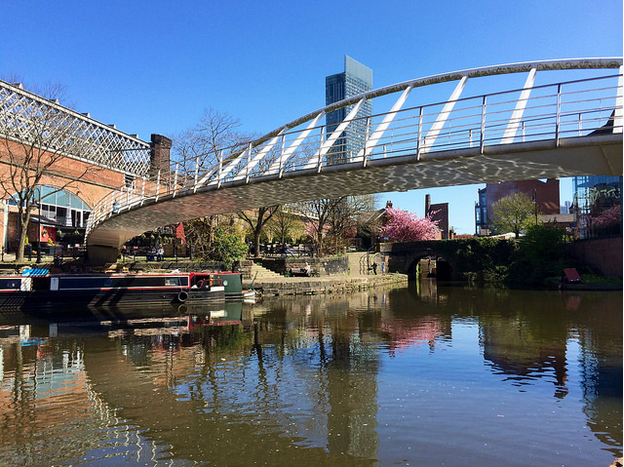 Manchester is all about quality over quantity, which is why Manchester only has one national institution. The People’s Museum is dedicated to telling the age old story of British democracy and aims to bring to life the political history of both the country and the local area. The 200 year old story of British democracy is told through plenty of mediums, but the interactive exhibits are something to take note of as they are very special indeed.

Situated on the 23rd floor of the Beetham Tower, this bar enables you to see Manchester in a completely different way. The bar is surrounded by floor-to-ceiling windows on all sides to allow you to take in Manchester on one side and most of the North West the other. The best time to take in these stunning views is as the sun is setting, you’ll get the beautifully lit horizon that is twinned with the city lights below.

This is a very recent addition to the festival scene, both around the UK and in Manchester, as its first outing was only back in 2007. The bi-annual festival provides the answer to promoting Manchester’s rich culture, with showings of various local artists as well as more national and international stars. Artists such as Damon Albarn, Adam Curtis, Felix Barrett and Carlos Acosta have all contributed to the festival since its inception.

Manchester may well not be known for its boutique shops, but that can give you a distinct advantage over other European cities. In Manchester, you actually have the time to shop at your leisure meaning that your overall shopping experience should be a lot better than visiting other cities. The Northern Quarter offers a number of boutique shops for you to visit, all of them catering for the more quirky, whilst the main retail area can be found in King Street.

Visiting Manchester would not be complete without some time spent in the cultural corridor. This is where you will find an array of different galleries and museums that aim to cater for art, history and architecture lovers. It is highly recommended that you check out the Cornerhouse, which is the city’s acclaimed contemporary art complex, and, if you have the time, you should also try and visit the spaces between the Manchester Museum and the University of Manchester’s campus. It is here that you will find a number of Gothic buildings designed by Alfred Waterhouse.

If you are a lover of all thing’s dance, then you will love the Warehouse Project. This annual season of underground events and parties runs for about 12 weeks, from September through to New Years Day. It features many different smaller events that are run in both the day and night, and it has played host to a number of the best DJs to be found anywhere in the world. It is not only the big DJs that are playing here throughout the three months, but lots of other smaller acts play here too, often acting as a springboard to bigger and more commercial success. If you are around in Manchester during the Autumn months and a fan of dance music, then you should make visiting the Warehouse Project a priority for your stay.

Manchester is a great place to visit especially if you love your food. There are a number of restaurant that you could visit to satisfy your hunger whilst out and about within the city.

You could visit the basement of Abode, where it is currently masterminded by Michelin-starred chef Michael Caines. It has scooped various awards since it opened back in 2007, and it is not hard to see why.

As you will have seen so far, Manchester is a bit of a melting pot when it comes to culture. This should be celebrated. The Lowry Arts Centre, located on a landmark waterside building at Salford Quays, houses an extensive collection of Lowry’s own work as well as exhibitions and programmes from other local, national and international artists. However, the Lowry Arts Centre is not just about art. The steel clad building hosts a number of award winning dance, opera, ballet and music productions in its two well designed theatres.

Although not an attraction as such, Manchester offers its visitors the chance to stay in some amazing accommodation. Cliff Richard’s Arora could be one of the places you stay, depending on whether you are a fan of his music or not, or you may prefer staying within the Lowry.

Alternatively, you can book yourself into an apartment that is based within the city centre of

Manchester. Citybase Apartments give you a high standard of accommodation within walking distance of everything Manchester has to offer.

Last, but not least, is football. Manchester now has two very successful football teams, and much like Liverpool has with both Liverpool and Everton plying their trade in the Premiership since its inception.

Manchester United fans can take a look behind the scenes with one of the stadium tours, taking in the history of the club through the museum and walking down the players’ tunnel. Whilst Manchester City fans can head to their stadium to take in their museum and take a tour there too.

If you are not a supporter of either Manchester club, but you still enjoy football, then you can head along to the National Football Museum where you can see various FIFA and FA collections, which includes the hallowed ball used in the 1966 World Cup.