Long hair, dusty backpacks, dirt roads and a blue-spined travel bible: for more than 40 years thousands of young adventurers have relied on Lonely Planet guidebooks to navigate themselves through unfamiliar countries.

News that the Australian publisher is to make about 80 of its 450-odd staff redundant prompted a tsunami of blubbing from travellers who were worried that it might go out of business.

On Twitter, under the hashtag #lpmemories, suited thirtysomethings told fond stories of how they relied on the books to find obscure bus stations in Bangkok, cheap noodles in Singapore or the best spot to watch the sun rise over the Sahara.

“Researched Ecuador’s Amazon basin with an army colonel and found decaying resorts taken over by local tribes,” one tweeted. 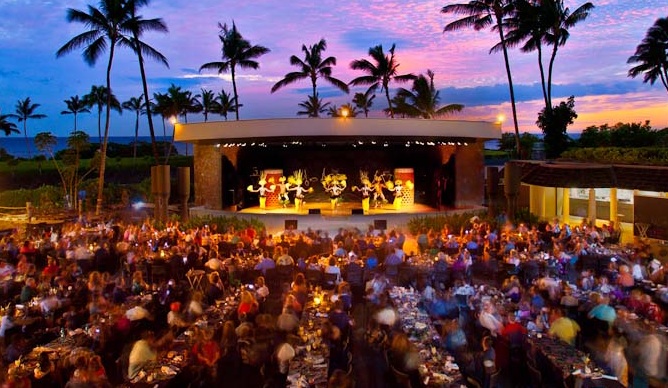 “ ‘When you get to Songpan, just look for the guy with the bad eye’ [the book said]. Sure enough, there he was — horse trek, Sichuan, China, 1999,” remembered another.

In 1972 Tony Wheeler wrote his first guide, Across Asia on the Cheap. He and his wife, Maureen, had travelled from London to Australia and the book explained how to do it. Wheeler hand-stapled his guide, sold 1,500 copies — then went on to sell 120m travel books on just about every place on the planet.

In 2007 BBC Worldwide bought most of his Lonely Planet business for £130m, only to sell it for an £80m loss in March this year. Lonely Planet is now owned by Brad Kelley, a Kentucky billionaire and cigarette tycoon.

Like much of the publishing industry, Lonely Planet is struggling to reverse a faltering business model. Between 2005 and 2012, guidebook sales fell by 46% in Britain. In America they plunged by almost 40% between 2007 and 2012. Stephen Bleach, chief travel writer for The Sunday Times, says that in the early 1990s “the latest Lonely Planet was almost currency for travellers, with second-hand copies trading at above face value in Laos or Thailand. Now the very people who used LP — young, adventurous, independent travellers — have abandoned it altogether.”

There are several reasons for this near-collapse, but almost all relate to the internet. Wi-fi is almost ubiquitous in most developed countries, meaning hotel reviews, maps, facts about landmarks and help with the logistics of travel are all accessible and free. If Lonely Planet was the leader on analogue travel guides, Twitter, TripAdvisor and a host of other apps and websites are lodestars of the digital world.

Travellers increasingly refuse to buy guidebooks, and not all trust them when they do. Thomas Kohnstamm was a Lonely Planet writer between 1998 and 2006. In his gonzo memoir Do Travel Writers Go to Hell? he claimed to have dealt drugs to supplement his author fee, slept with a waitress in exchange for writing a good restaurant review and written about Colombia without having visited it. “I got the information from a chick I was dating who was an intern in the Colombian consulate,” he claimed in an interview.

Lonely Planet’s then chief executive, Judy Slatyer, said Kohnstamm was being “disingenuous”: he was instructed to write about Colombia’s history but not to travel there. She added that Kohnstamm had “acted against our stated policies and accepted freebies, which compromised his recommendations”. Kohnstamm has stressed his book was “. . . about my personal experience and not intended as an exposé on Lonely Planet”.

The advice in the early Lonely Planets was often edgy, telling people how to sneak into luxury resorts to use the swimming pools. According to a New Yorker profile of the Wheelers, the first Japan book “had lengthy treatments of swinging with Japanese couples, live sex shows, and establishments where men could get soaped up to full satisfaction”. Today, Lonely Planet is a mainstream brand aimed at responsible travellers — perhaps with more money than time.

Kohnstamm says meeting the company’s demands became increasingly difficult: “You used to be able to write looser, more subjective entries like, ‘The street down by the beach has a number of good bars, too — check them out.’ By the early noughties, they were demanding the writer supposedly visit each of those bars, eat at all the restaurants and enter a dizzying amount of detail. Air-conditioning? Opening hours? Prices of appetisers? On-site parking? It was impossible for a writer to keep up with the expectations of the new digital era.”

In parts of the world that lack good internet connections, a guidebook can be a blessing. But such places are dwindling as the number of travellers soars. About 1bn international trips were taken last year: this surge means more people are using the internet to share tips. TripAdvisor, though patchy and chaotic, is a popular and sometimes useful means of finding hotels and restaurants. Gogobot works rather like a “travel Facebook”: people use it to create itineraries and offer advice.

One of the best new travel apps is Triposo, which has a mass of information on destinations. Crucially, it can be searched offline, meaning users do not rack up expensive roaming bills. Skyscanner is an excellent website for finding cheaper flights. Skift, which launched last summer, is a “travel intelligence company” offering news about the industry to committed travellers. All seem more exciting and contemporary — not to mention free — than patrician advice dispensed from a guidebook.

“The notion of a white Brit, American or Australian popping into any country on the planet for three to seven weeks and writing the definitive account of how others should experience that place was faulty at best and neocolonial at worst,” says Kohnstamm. In fact, Lonely Planet was a web pioneer: it launched one of the earliest online travel forums, Thorn Tree. This closed temporarily last year at the height of the Jimmy Savile scandal, after reports that some users were discussing — with dubious motives — the age of consent in Mexico.

Some argue that Lonely Planet will have to reposition itself as a social media business to survive. “The apps that will succeed aren’t travel apps — they’re social apps people use to talk to each other,” says Greg Marsh, co-founder of onefinestay.com, a travel business that provides short lettings of private properties.

Much of the information vital for travelling (train times, phone numbers, maps) will soon be entirely electronic. But, unlike an iPhone, a guidebook dropped in the river will dry out. Its warped and muddied pages may even let you recall the accident when, years later, you lift it from the shelf with a stab of nostalgia. Those wistful tweets show that travel is partly a means of making memories. Those memories, however, will not sustain a business.