I’ve been visiting Paris on and off since I was little, with my most recent visit being in the late winter of 2014. In the time I’ve been visiting this amazing city, it’s fair to say there’s been a lot of change. Paris like London, like New York, is a true world city, and things don’t stay the same for long.

The biggest difference between my first visit to Paris (when I was in short trousers, and mainly interested in fizzy drinks rather than French language and culture) and now? I guess it would have to be the skyline. When you view the city from a vantage point (like the hill at Montmartre) there are now an awful lot of skyscrapers. A city in transition – constant change!

But one thing has never changed – the idea that Paris is really expensive. Well let me tell you – it isn’t. Or rather, it doesn’t have to be. Just follow these handy tips and you may be surprised how a stay in Paris doesn’t need to mean blitzing your current account.

Accommodation and location are key to money saving

I’m pretty sure anyone would love to be staying in an ultra-swish apartment just off the Champs Elysées every time they visit Paris. II know I would! But accommodation can really be a money eater. And while surroundings are important, there are a great deal of benefits to be gained for choosing somewhere a little less fancy. For one thing, if you stay further out, you get to know more of the city as you traverse it. Stay in the centre and there’s little motivation to head elsewhere.

On one of my recent visits I even ventured outside the Paris’s famous ring road (the Boulevard Peripherique) for my stay. Essentially this road is a kind of boundary between inner and outer Paris. Definitely not as trendy in the area of town outside the ring road – but altogether less expensive. Factor in the amazingness of a private rental (no middle man, no large advertising budget to pay) and let’s just say this – I’ve spent more on trips to supposedly cheaper cities like Leeds and Manchester!

Choose your food on price

Set a food budget and stick to it. If you shop around, Paris actually has decent restaurants serving 10 Euro dinners (and even cheaper lunches). If you want to eat out but you don’t want to splash out, then head somewhere that there are a lot of restaurants in competition – such as in the Latin Quarter. Some will vie for the attention of prospective custom by waving a flier in your face, others do so by having the best-looking dining rooms (all low light and Parisian romance) while yet others get your attention by price.

French supermarkets are also very handy for money saving. If you’re self catering, you can eat like a king – the produce in French shops is second-to-none, and generally not noticeably more expensive than at home. Shops like Monoprix, Intermarche and Marche Franprix are generally very easy to find and there are often branches around the city centre as well as outlying areas. 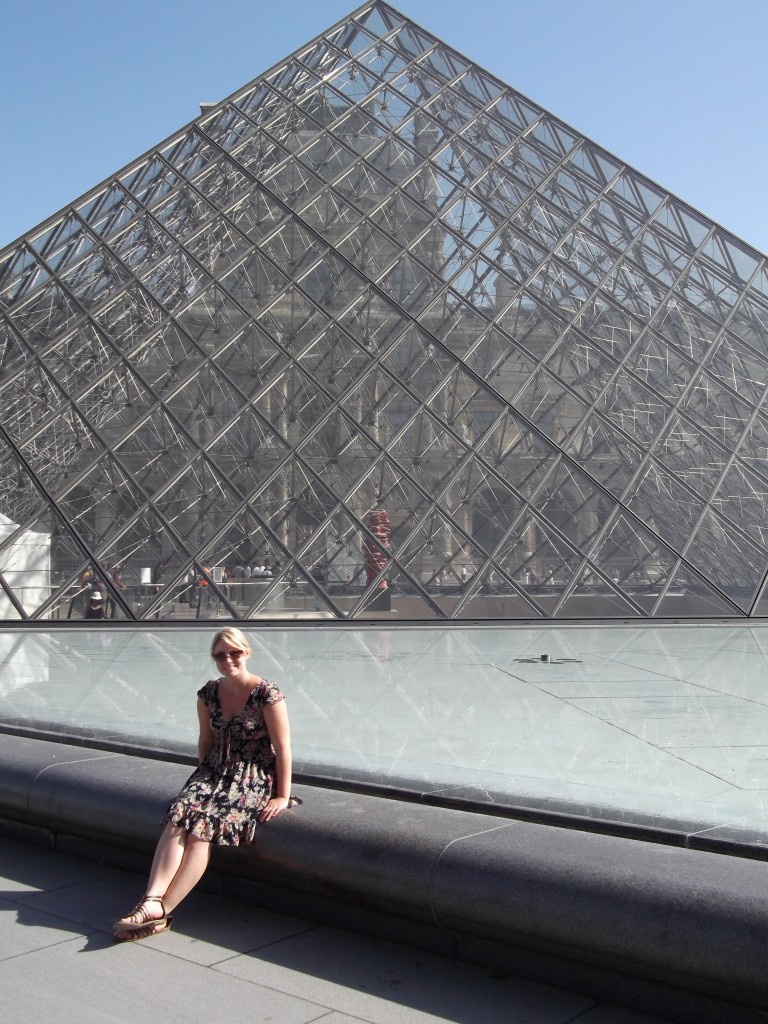 It might seem wise to avoid drawing currency until you need it. Feels like saving, right? Well – be careful. Depending on the exchange rate it’s sometimes better to get the money before you go. Plus, if you use an ATM while you’re in Paris, there may be charges for getting currency – these (in my experience, at least) aren’t mega-big, but they can mount up.

No travel cover? Hmm. The EHIC (European Health Insurance Card) is essential – but it has limited coverage and you may still need to pay for certain things.  So some form of travel cover is always recommended. There are loads of sites with information about foreign health systems, so it’s always worth checking these out before you head anywhere. This site has good information on French healthcare, for example, while About France has a handy list of numbers for emergencies – worth bookmarking stuff like this on your phone/tablet before setting off.

All the usual rules apply here. If you can pack light and avoid hold luggage, there’s an instant saving right there.  Depending on where you’re flying from, you may also be able to lessen the cost of flights by flying to Beauvais airport rather than Charles de Gaulle – although lately it seems as if fewer discount operators are landing at the former. However, even if you are flying to Charles de Gaulle, book well in advance and use one of those price checker sites to make sure you squeeze your air fare to the lowest price possible.