So you’ve kissed your mum and dad goodbye, said your farewells to the family and the dog, and you’re going out to start your new adventure. Needless to say, it’s nerve racking. You’ve heard the horror stories and you have those pangs of apprehension. And you’re thinking about all the things you will miss, such as your friends or home-cooked meals. For many, it can be your beloved football team. Don’t worry, it’s the same for everybody the first time. With that in mind, here are some tips that can be useful for anyone heading off on their travels to Thailand. The aim is to help your transition from your comfort zone of home to your new adventure of self-exploration go as smoothly as possible.

So, why Thailand? A lot of first-time backpackers start off here. The area of Khao San road in Bangkok is where you’ll want to head to first. This is considered by many as the backpacker hub of South East Asia and a brilliant place to give yourself a baptism of fire in a culture that is the polar opposite of your own. But don’t worry, if you’re like me there are still plenty of bars you can watch football matches in. It’s located in the city’s old town near the river and there are plenty of tourist attractions such as the King’s Palace fairly close by. It’s a good idea to try and meet fellow backpackers as quickly as possible, so book yourself into any one of the many backpacker hostels on and around Khao San road. My advice would be to just walk around and look for one you like the look of. But if you want to be more organised, then book in advance with one of the many hostel sites. 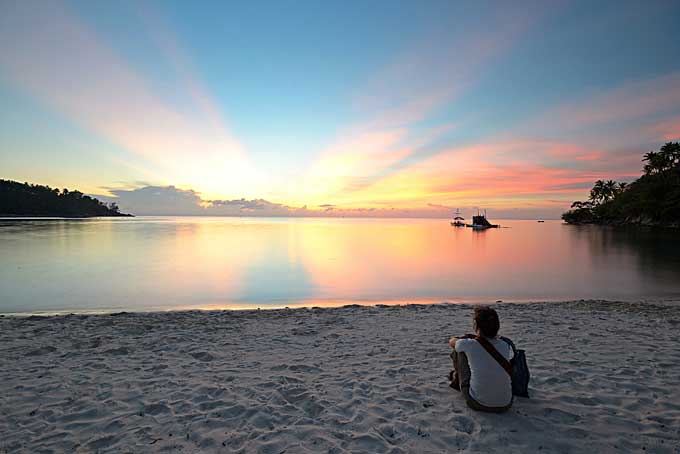 It’s not going to take long to make friends once you’ve checked in to your lodgings. The thing about backpackers is, they tend to be pretty friendly. And you’re going to want to build up a nice big crew because some of them are going to end up tagging along with you on the next leg of your adventure. Enjoy this time, you’re meeting people that you would never have a chance to meet back home. Backpacker buddies can range from a diverse background which ranges from American, Australian, German guys and Iranian. It’s doubtful you would meet such an eclectic bunch of people in your local pub or bar. Embrace new things at this time. For example, as a sports fan, you might have been always intrigued about American football and Aussie Rules. Your new friends could teach you about these things. In return, you could share the rule and intricacies of your favourite team or sport. If you are interested in American Football, you can watch your first match in Gulliver’s, which is a great bar at the end of Khao San Road.

It’s no big secret that there are a lot of people who are out there trying to scam tourists. But with a little bit of street knowledge you can avoid being the victim. Double pricing is one of the easiest things to avoid in Thailand. If you seem like you’re fresh off the plane, then it’s more than likely that you’re going to be paying a higher price than the locals and the seasoned travellers. The best advice to avoid this would be to learn to count on the plane. Counting in Thai is not that difficult, you only need to learn about 15 words to be able to count infinitely. It is possible in a couple of hours on the plane and there is no reason you shouldn’t. When you want to buy something, ask how much it is in Thai by saying, ‘Tao rai’ followed by ‘krap’ if you are a man, or ‘ka’ if you are a woman. ‘Krap’ and ‘ka’ are polite articles that will make you seem a lot more endearing to the Thai people if you use them. Normally, they will be pleased that you’re making the effort and give you a fair price on whatever you’re purchasing. Try to avoid tuk tuk (3 wheeled taxis) drivers who try and hustle you into their cars. A lot of the time they get paid commission by jewellery shops and tailors to take tourists to their shops where they try to force them to buy things. If you need transport, ask your hostel to organise it for you. 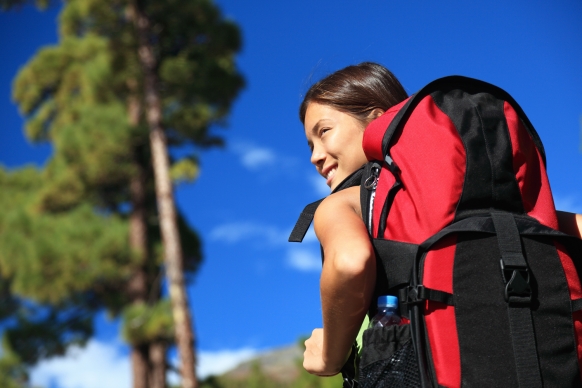 Don’t be scared of the street food. It seems a bit daunting at first looking at all the street stalls and seeing the less than desirable hygiene standards. But Thai food can actually be some of the best food you have ever eaten from those places. You must remember that most of these street vendors have been making the same dish day in, day out for most of their lives. During this time have perfected their recipes. Also, with all the competition from other food sellers, the standard has to be good for them to make money.

The most important thing is to have fun. Take into account these tips, but realise that this is a new adventure. There will no doubt be some teething problems, but this is how you will learn. And remember, the things that you miss from home haven’t gone forever, and sometimes they are still available here. Sometimes you might even manage to catch that game for your favourite sports team! So embrace new beginnings and new cultures, and in the process you will develop as a person, and make the memories of a lifetime.