People have been going to the races and placing bets on the outcome since the first events were organised by the Romans, but it wasn’t until 1750 that the Jockey Club formalised the sport. Today, events can be seen live on TV and bets can be placed from the comfort of your own home or, thanks to apps on smartphones and tablet PCs, while waiting for a train or airplane. While this is great if you are only interested in the betting aspect of the sport, there is nothing that will get the adrenalin flowing or match the excitement of actually attending one of the major horseraces held in the UK every year.

Imagine being trackside at Royal Epsom on a sunny day in June, soaking in the sense of occasion as the Royal cortege makes its way around the course. Feel the anticipation building as the horses and riders prepare for the off in the Gold Cup and the mounting tension as they enter the final furlong. Will your horse hold on to win or will one of the chasing groups overtake it yards from the line?

If you prefer the jumps, then Aintree in late March or early April is the only place to be. The Grand National was first held in 1839, though a similar race was held in the previous three years. The fences have been made slightly easier in recent years, but the race has been held over essentially the same course ever since. Over the three days of the meet, take a walk around the course and marvel at the size and spread of iconic fences such as Becher’s Brook, Canal Turn and The Chair. 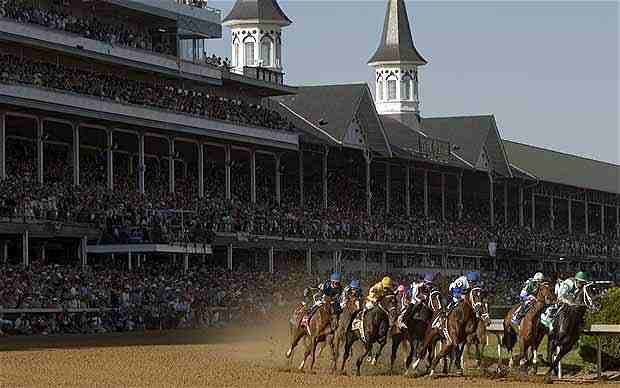 Other historic racecourses have equally famous races, and each has its own distinct atmosphere; they include Goodwood, which holds the Qatar Goodwood Festival in August and, of course, Epsom for the Derby, which takes place in early June.

Why not make a point of trying to attend at least one of these events each year. Go along with friends, family or work colleagues, either just for the day or make a weekend of it. Many racecourses are located within easy reach of popular tourist destinations such as London, York, Chester, Cheltenham, the North and South Downs and North Wales.

One thing to bear in mind if you are visiting one of these events is to get there early in order to avoid getting stuck in heavy traffic. Similarly, at the end of racing, think about settling down to enjoy a picnic or take the opportunity to walk the course and enjoy the funfair or other forms of entertainment usually provided rather than heading straight for the exit.

If you’re a newcomer to horse racing and are interested in finding out more about it, there are a number of websites offering valuable advice on reputable UK betting sites. Thanks to mobile apps, learning about the various types of bets you can place and how odds are calculated has never been easier, no matter where you are.

Spend some time deciding which event to visit and plan your day or longer stay well in advance. Tickets may sell out fast, so book them and any accommodation early. This is especially true if you are taking youngsters. When the day finally arrives, go out and enjoy yourself; don’t gamble more than you can afford and have a great time. You never know – if you’re lucky, you could go home having made a profit.