India is a land of mysteries, of beautiful destinations and is a potpourri of cultural treats that will never cease to amaze you. The potential that lies within this amazing land still remains untapped and unexplored.

In this article, we will be discussing some of the lesser known historically significant places in the country. 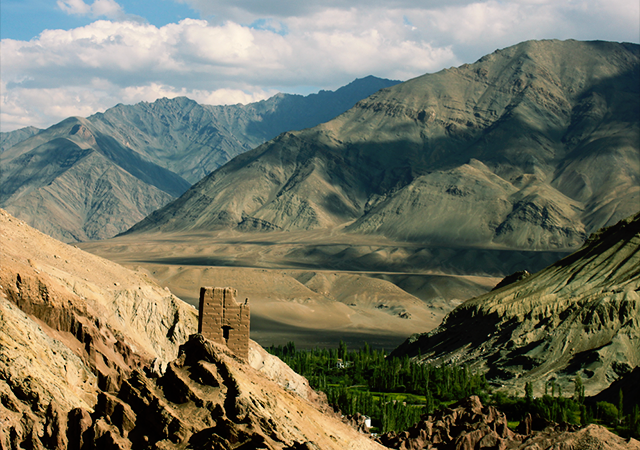 Basgo in Leh Ladakh region was actually a palace, built in the 15th century, and was intended to be a cultural and political center. Situated at a distance of approximately 40 kilometres from Leh, this is now a monastery and lies atop a picturesque hill overlooking a town bearing the same name.

The monastery is noted for its Buddhist statue and murals and consists of Basgo Citadel, Chamchung, Chamba Lakhang, and Serzang temples dedicated to Maitreya Buddha within its complex. The highest temple is Chamba Lakhang and can be reached only by a flight of stairs. The most noted idol here is the 45 feet gold and copper gilded Maitreya Buddha statue, and an impressive collection of celestial paintings.

Remember the song “Satrangi Re” song from Dil Se? The stunning backdrop and the rustic mud-brick structure featured in the song cannot be forgotten so easily, right?  It was shot in Basgo Monastery. The monastery was listed as one of the 100 endangered heritage sites according to the World Monuments Fund in 2000-2001. 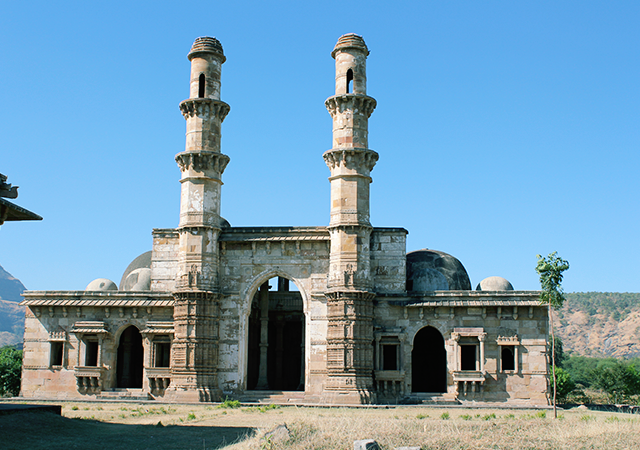 Champaner- Pavagadh Archaeological Park in Gujarat is recognized as a UNESCO World Heritage, and apart from an impressive landscape comprising a stunning blend of Hindu-Muslim architecture, you can feast your eyes on the remnants of a glorious religious, military and agricultural past.

It is located in the Panchmahal district of Gujarat at the foothill of Pavagadh Hill, with buildings made mostly of reddish-yellow colored stone, and is deemed to be the only unchanged Islamic pre-Mughal city in the country. There are several mythological significant events attached to the land.

The architecture in the park is a subject of study by the historians because it shows the lifestyle of several significant regional Sultanates who ruled the area.

The archeological park is also home to several vestiges including temples, fortifications, residential precincts, palaces and religious buildings belonging to the period from 8th to 14th centuries. 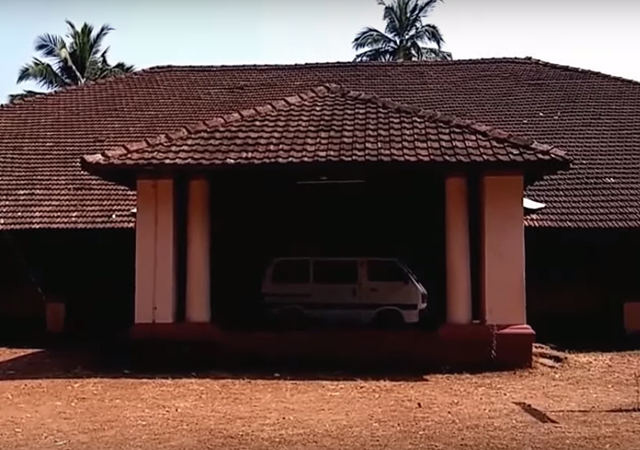 As the name suggests, Gundert Bungalow in Thalassery, Kerala was once the home of Dr. Herman Gundert, a German missionary, scholar and lexicographer. His name is still held in great reverence by the natives of Kerala, as a result of his contributions to the Malayalam language.

He lived in the bungalow for 20 years from 1839, hence the name. If you are visiting Kannur, don’t forget to visit this lovely building because the Traditional Kerala architectural magnificence is something you would want to capture on camera.

The building is noted for its Kerala style sloping roof, broad doors, extensive verandahs and watchtower shaped structure. The lush green foliage in the surrounding areas only adds to the charm of the bungalow. 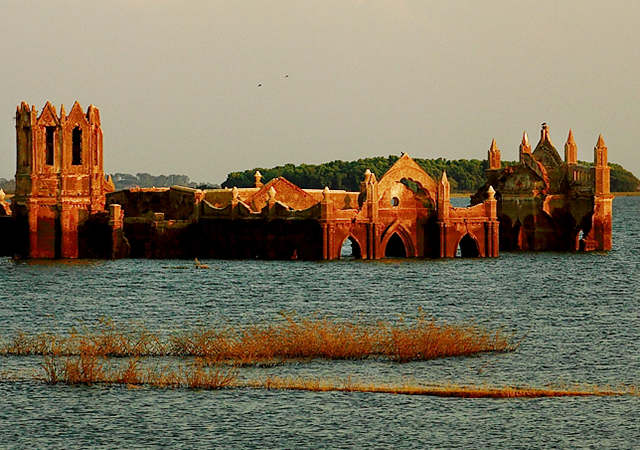 The Shettihalli Church, located 22 kilometers from Shettihalli in Karnataka is a beautiful church built by the French missionaries in India, during the latter half of the 19th century. Many villages flourished here during that time, thanks to the water source provided by the Hemavathi River near Hassan. Though abandoned, the entire area is so beautiful and now backdrop of the church is magnificent for taking photographs.

Unfortunately, the church lies submerged in the waters when the water level is high, and when it recedes, you can see the ruins in all its pristine glory. It is said that the church reservoir gets flooded with water after the government built a dam along the river. If you are visiting the church when the waters flood it, you can sail through the river to catch a glimpse of the ruins. 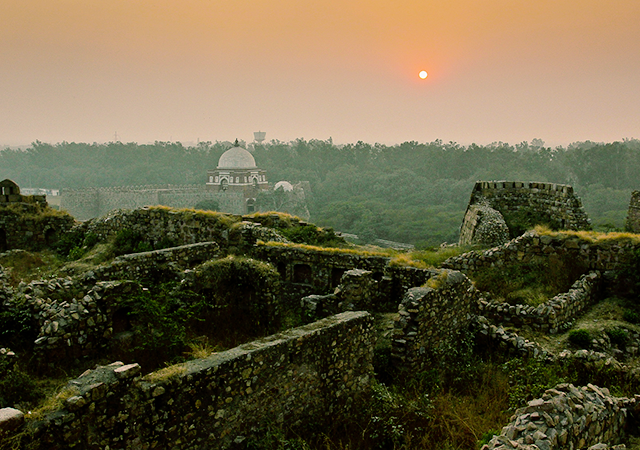 Tughlaqabad Fort in Delhi may remain unnoticed and unimportant in the phase of changing times. But the curse that haunts the fort still remains. Yes, legend has is that this fort was cursed by one of the laborers that help build it.

The founder of the Tughlaq Dynasty, Ghiyas-ud-din-Tughlaq built the Tughlaqabad Fort in 1321, and he commanded all the laborers in the area to participate in the building process, leading to the curse by a laborer, Nizamuddin Auliya. The curse was “Ya rahey hissar, ya bassey gujjar”, meaning, “May the fort remain unoccupied, or else may herdsmen live here”.

The fort-city was the 5th historic city of the Tughlaq dynasty. The building is massive, with a gigantic stone structure and walls 10-15 meters high. Curse or not, once the fort was built, the empire never prospered. 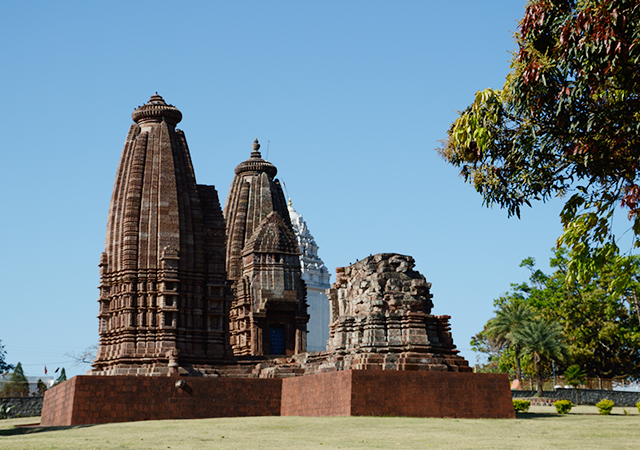 Your tour to Madhya Pradesh is never complete without visiting Amarkantak, a natural heritage area and pilgrim town. The natural beauty of the area is enhanced further by the Vindhyas and Satpura ranges, standing together in a perfect rendezvous with Maikal Hills bearing witness to it. You can also see three rivers – Johila, Sone and Narmada emerging from here.

And beyond these natural vistas lie a rich forest with its own indigenous flora (including plants with medicinal properties) and fauna.  Legend has it that great saint Kabir meditated here at Kabirchabutra. 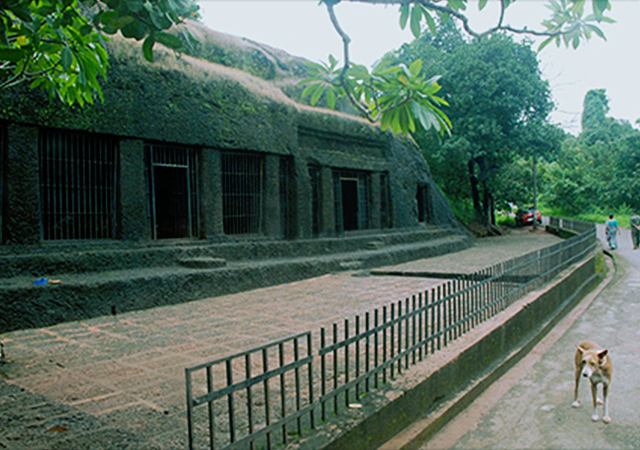 Our belief in mythology and legendary Mahabharata story turns strong by visiting Arvalem Caves or the Pandava caves at Goa.

According to the story, Pandavas sought refuge in these caves during their long exile. The architecture of the caves is simply magnificent and you can see five caves here with Shivalingas within them. Buddhism was also practiced here at one point of time, as evidenced by a Buddhist statue in the vicinity.

And some historians say that the rocks are carved in typical Buddhist-style. However, there are no paintings on the walls.

These caves are believed to have been mined out of a single, huge laterite rock and the Shivalingas are of granite. The simple and rustic appearance of the caves makes them hugely appealing. 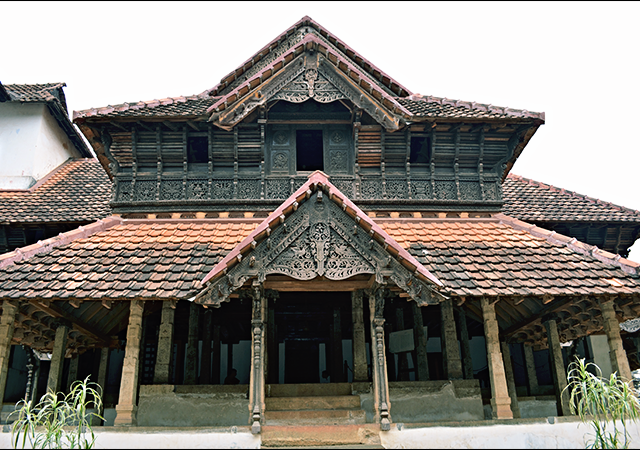 Padmanabhapuram Palace is one of the main attractions in Kerala and lies in Thuckalay, 64 km away from Thiruvananthap4uram, Kerala.

The magnificence and the opulence of the palace cannot be described by merely words, and the enticing edifice appeals to every art lover. The architecture is typical Kerala style and the erstwhile Travancore kings lived here during the 16th to 18th century period.

In spite of making discoveries after discoveries, India still holds several secrets in her bosom. Maybe with time, she will reveal them to mankind. Until then, we can satisfy ourselves by visiting splendid places like these.

Sunu Phililp is the Inbound Marketing and Creative Head for Paradise Holidays, Cochin – a Kerala based tour operator. She loves reading, exploring new places and trying out different cuisines!