Wondering why Istanbul was named the number one destination for 2014 and why you need to get a Turkey Visa? Then here you have the answers-5 great reasons to visit Istanbul. Istanbul is such a wonder! The beauty of this harbor city is just phenomenal.  It is uniquely located bordering two great divides-this impacts the unique architectures in the city. The cultures in the city range from seriously modern Muslim culture (Hedonistic) to deeply conservative and religious culture. You can be sure it is something like a ‘cultural and architectural melting-pot’. The urban populations stand at 14 million! 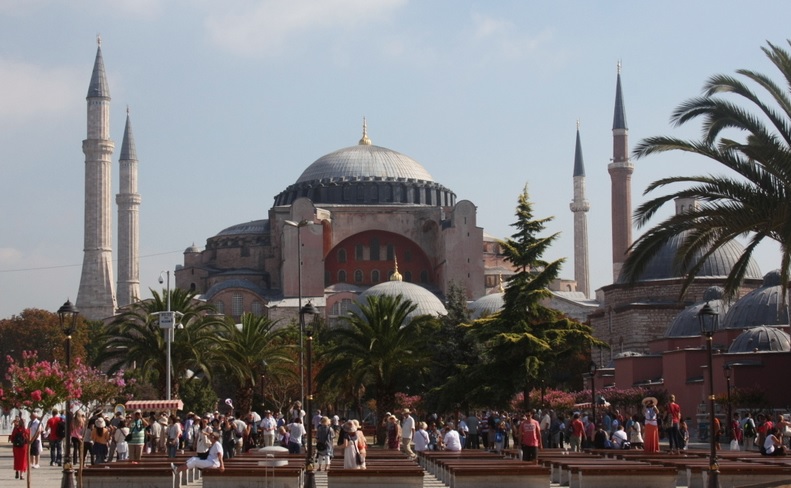 Istanbul took the first place as the European the European Capital of Culture for the year 2010. You would almost refer to it as ‘the cultural mecca’ with amazing landmarks that can be found throughout the city. The Blue Mosque is such a landmark! It is a famous religious mosque that has six minarets that tower the mosque dramatically pointing towards the expansive sky. The mosque’s interior has over 20,000 blue iznik tiles that intricately detail the floor with such great beauty. Equally stunning and compelling are the Hagia Sophia and Suleymaniye Mosques. Apart from religious landmarks, there is the ancient royal home for the city’s sultan for over three centuries. There is the Topkapi Palace that was closed to the rest of the public and hosted the sultan’s wives. This dates back to the 14th century. It has intricate carved stones, gardens that are green harem rooms that are labyrinth-like. You may also want to visit the sunken palace with underground cisterns. There is so much-you may not exhaust it all.

Istanbul straddles two continents: Europe and Asia. The Bosporous strait connects Sea of Marmara and Black sea. It separates European side which is more toured from the Asian side which has the majority of residents. The Golden horn-an inlet of the Bosporous-further goes into separating the European side into two halves. One half (the old city) has most of the historical sites while the new city with sprawling and bustling business as well as cultural centers.

There are magnificent water ways with both modern and ancient boats, many view points on almost every building, there are steep hills and impressive mosques. You can in fact get to view all the landmark mosques from the comfort of a strategic hotel. 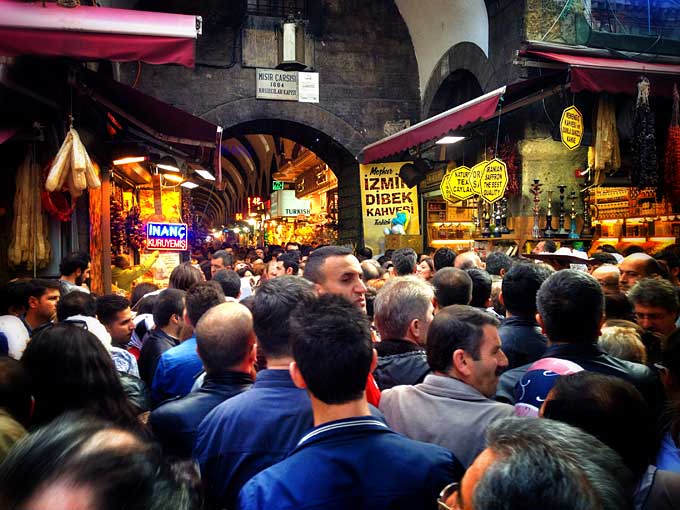 The Grand Bazaar is the place to start. The place is frenetic; owners sell their wares amidst vibrant, chaotic and exciting scenes. Bargaining is vehemently done you would think it is a national sport. The wares are the best; jewelry, very beautifully made rugs, exotic home wares, and clothes. You have all the range to choose from-the luxury end to the most affordable range. Spice markets are another place to sample all the fragrant spices as well as the delectable and delight sweets.

Touring can only be complete with mouth-watering dishes. Istanbul does not disappoint-it raises up gracefully to the occasion. You have both the local and traditional cuisines to the more sophisticated mix of global cuisines.

Istanbul takes great advantage of its great harbor views and dramatic city to bring such a great experience. You can be sure to get maximum x-factor on bars that are situated on top of towering roofs or the Bosphorous waterfront.