Christmas starts early in Derry with the Guildhall Craft Fair but it runs right up until the big day, December 25th. From the Big Switch which sees the Walled City lit up to the Sound of Light Festival to the great Christmas markets and the festive singing and dancing going on, there’s no better time to spend a few days in Derry. Don’t get too excited but did we mention the Christmas panto?

If you want to pick up that perfect gift, soak up the festive atmosphere and delight in the sounds and lights of Derry this Christmas, it couldn’t be easier. Just read our list of 5 Christmassy Things to do in Derry, book into a cheap and cheerful hotel like Travelodge Derry Hotels and get out and explore the great Christmas attractions that the city of Derry-Londonderry has to offer. 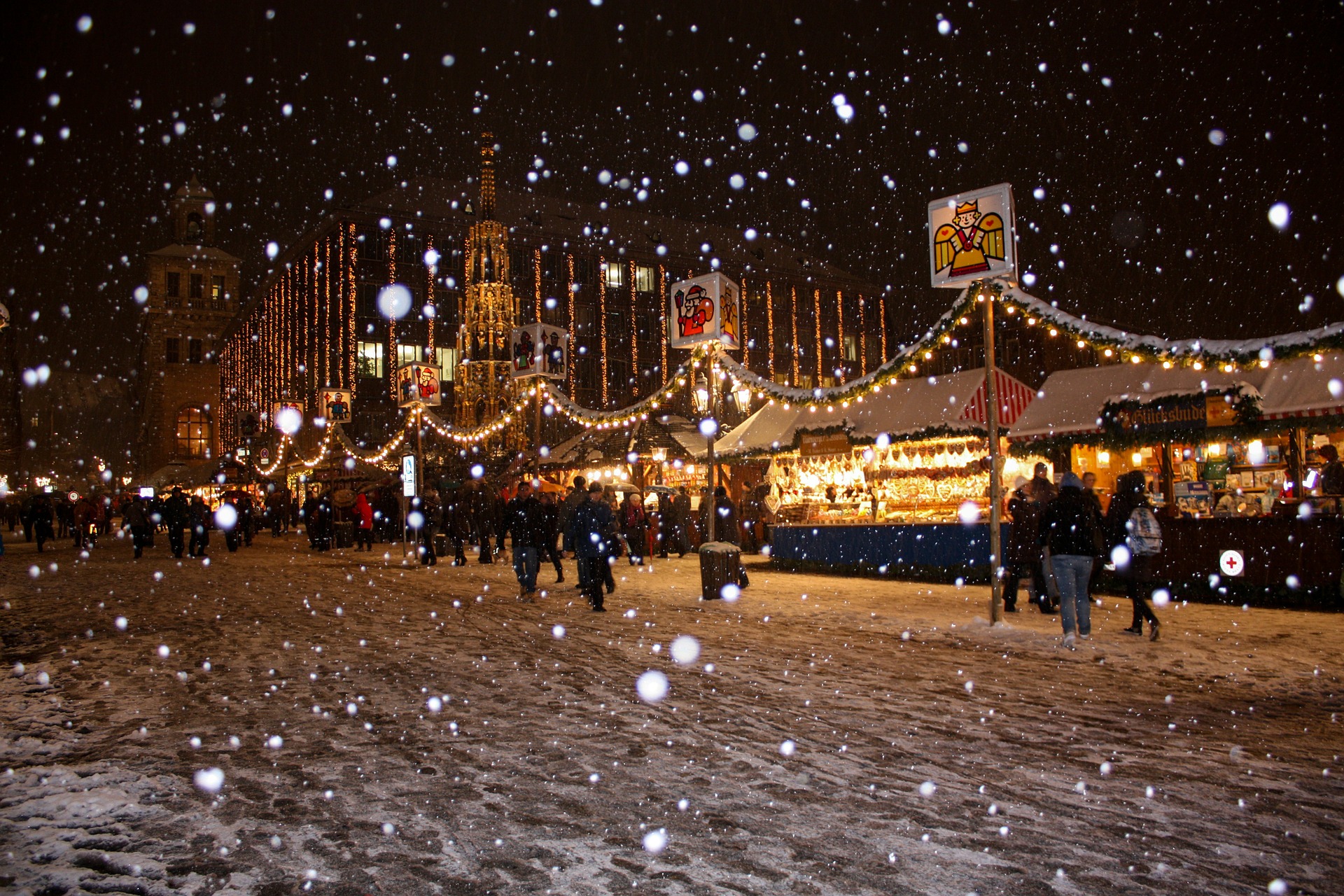 A great chance to get an early Christmas present socked away, the Guildhall Craft Fair runs from 11-13 November this year and in its 22nd year remains as popular as ever. You’ll be able to source crafts from all over the island of Ireland but the local crafts suppliers will take centre stage in the fabulous surroundings of the wonderful Guildhall in the heart of the Walled City of Derry. If you can’t find a unique Xmas present at this Derry fair, then you better get writing to Santa.

2: The Sound of Light in Derry City

Late November, the dates are still to be confirmed, will see the Sound of Light festival in Derry. Festival goers will be able to follow a magical procession through the ancient city walls from Bishops Street right through the Walled City to the famous and always enchanting Guildhall Square. There you and your family will be able to see the top class street performers bring Christmas to life with the Ice Prince and the mechanical reindeer puppet only two of the many Xmas attractions to enjoy. Guildhall Square won’t be the only enchanted location though, there are over 14 locations and 20 installations planned from Pump Street to the Garden of Reflection to the Foyle Peace Garden children’s area. Enjoy the sound and light of the festive season this Christmas in Derry city.

The centre of Christmas in Derry, the Guildhall, will host once again on 2 December the annual Christmas Tea Dance so there’s no excuse not to put on your red suede shoes! Dance to your heart’s content and dance away the winter blues and the extra pounds you’re going to put on this Christmas season. Spend an afternoon dancing with every member of the family from grandmother to granddaughter in the cheeriest occasion of this Christmas in Derry.

Another Guildhall event, can there be a more Christmassy location in Ireland? This event is a special two-day festive welcome from the city council for people right across the area. Taking place on 19-20 December, the Guildhall will be the stage for the amazing local singers and musicians from Derry and Strabane to serenade the city into the Christmas mood. Santa may even launch into a solo or two on the Main Hall stage. Expect Xmas musical celebrations from the Colmcille Ladies Choir, the Encore Contemporary Choir, Strabane Concert Brass Band, the Doire Calgach Singers, the Pink Ladies Choir and the Long Tower Folk Group among many other local talents.

5: Look behind you, Derry

What would Christmas in Derry be without the pantomime? This year’s panto is the special story of Cinderella so expect a magical winter wonderland on the Millennium Forum stage with Northern Ireland favourite William Caulfield as the character Buttons alongside lots of local talented school children and top local singers. Running the whole month from 2-31 December, there’s no excuse for not seeing the Derry panto this year.